Although Bernier noted that DTC is too rare to warrant public health attention, she is concerned that the rules governing childhood exposure to radiation may need adjustment.

Other recent work supports the notion of an environmental cause. A study led by Uchechukwu Megwalu, MD, MPH, a head and neck specialist at Stanford University, California, in the May 2019 issue of JAMA Otolaryngology-Head and Neck Surgery, also suggested that the rising prevalence from 2006 to 2013 cannot be explained by enhanced detection of small, early-stage tumors alone; the marked increases in the incidence of large tumors and advanced-stage disease “suggest a true increase in the occurrence of pediatric thyroid cancer in the United States.”2 The change, according to Dr Megwalu, “is fairly alarming.”

Other experts aren’t so sure. In an editorial accompanying Dr Bernier’s report, Amy Chen, MD, MPH, an otolaryngologist at Emory University, Atlanta, Georgia, and Louise Davies, MD, MS, an otolaryngologist and health outcomes researcher at The Dartmouth Institute for Health Policy & Clinical Practice, New Hampshire, focus on overdiagnosis as the major culprit.3 They cite the screening program undertaken by the Japanese government following the Fukushima nuclear power plant accident in 2011, which led to a massive increase in pediatric DTC that could be entirely attributed to the screening. They contradict the assertion by Dr Bernier’s team that overdiagnosis is a phenomenon in adult cancer only, noting that between 1996 and 2010, the use of computed tomography for pediatric patients more than doubled — and more imaging means more diagnoses. 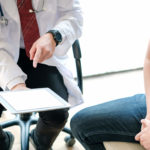