The objective of this study was to examine thyroid cancer incidence and the use of thyroid ultrasound and fine-needle aspiration (FNA) screening in the Veterans Affairs (VA) health care system. 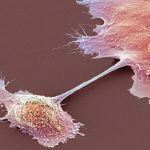