There is little variation in risk-adjusted hospital readmission rates after colorectal surgery, according to a study published in JAMA Surgery.

The researchers found that the 30-day readmission rate was 12.3 percent overall. There was marked variation in raw readmission rates among hospitals that performed at least five operations annually, with a range of 0 to 41.2 percent.

No significant variability was found in readmission rates among hospitals after adjustment for patient characteristics, comorbidities, and operation types, with a range of 11.3 to 13.2 percent. At every hospital, the 95 percent confidence interval for hospital-specific readmission overlapped the overall mean.

“The use of readmission rates as a high-stakes quality measure for payment adjustment or public reporting across surgical specialties should proceed cautiously and must include appropriate risk adjustment,” the authors write. 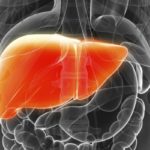 Biomarker May Predict Response to Sorafenib in Patients with Liver Cancer