In 75% to 85% of infected individuals, the hepatitis C virus (HCV) persists asymptomatically for years before manifesting as chronic liver disease, cirrhosis, or hepatocellular cancer (HCC).1,2 In the United States, chronic HCV infection is closely linked with HCC, with 50% to 60% of patients with HCC chronically infected with the virus.3,4

A few simple statistics put the public health implications of HCV-associated HCC into perspective. More than 80% of the estimated 30,640 new cases and 21,670 deaths attributable to liver cancer in the United States are a result of HCC.5 Two out of three HCV-infected individuals are part of the baby boom generation, just now entering their 60s; most of these individuals likely were infected before 1980. HCV-related oncogenesis is a lengthy process—related to development of cirrhosis—that can take up to 30 years.4

Given their numbers, the 1% to 3% of chronically infected baby boomers who will develop HCC is substantial.4 Recent statistics elucidate this fact: age-adjusted HCC rates in the United States have tripled since the 1980s, with the greatest proportional increase among individuals aged 45 to 60 years,4 while overall rates of liver cancer increased by 3% in men and 3.7% in women each year between 2005 and 2009.5

Presently, HCC is associated with poor prognosis and high mortality, with 5-year survival rates about 26%.6 Largely asymptomatic until later stages, fewer than 30% of patients with HCC are eligible for resection—since the disease has already reached late stage at diagnosis—and response to cytotoxic chemotherapy generally is poor.3,7 HCV presents its own clinical challenges, due to low rates of early diagnosis and multiple genotypes affecting treatment response which may impede efforts to prevent serious complications. Effective systemic therapies are necessary to improve these patients’ prognosis.

CTLA-4 Inhibition as an Antitumor Strategy

CTLA-4, a protein that negatively regulates T-cell response, has downstream effects that include regulation of a second negative T-cell regulator, PD-1.1 Progressive loss of T-cell function and overexpression of CTLA-4 and PD-1 are characteristics of chronic HCV infection, which also adversely regulate innate and adaptive immune responses.1,8

CTLA-4 inhibition has presented a successful approach to treating advanced melanoma; the prototype and the only U.S. Food and Drug Administration–approved agent to date in this class is ipilimumab (view drug monograph for ipilimumab [Yervoy®] here). In the setting of HCC, the results of an ex vivo study demonstrated that CTLA-4 inhibition may lead to greater antigen-specific T-cell activity, which may potentially produce antiviral and antitumor effects.8,10

Tremelimumab, a CTLA-4 inhibitor, is being studied as a novel approach to treatment of HCV-associated HCC; a study with the results was published in March 2013. This phase 2, open-label, non-controlled study enrolled 21 patients with HCV-related unresectable HCC. Nine patients had some liver dysfunction (Child-Pugh class B), and all patients were infected with HCV genotype 1b.

Tremelimumab was dosed at 15 mg/kg and was administered on day 1 of every 90-day cycle, up to four cycles. Patients demonstrating a good response to treatment were offered the option to receive extended therapy. Approximately half the patients had received prior treatment, including 23.8% who had been treated with sorafenib and 33.3% who had received antiviral therapy for HCV.11

Seventeen patients were evaluable for tumor response. No complete responses occurred. The disease control rate was 76.4%, and three partial responses of 3.6, 9.2, and 15.8 months were achieved. Almost half of the patients with stable disease maintained that status for longer than 6 months. Although interferon-gamma (IFN-γ) levels tended to decrease with treatment, patients who maintained baseline IFN-γ  or had minor decreases at day 60 had better tumor responses than those with IFN-γ decreases of greater than 50% from baseline (P=0.039).11

Survival in these patients, all of whom had advanced disease and many of whom had failed previous therapies, was predictably poor (Table 1). At the time of analysis, 16 patients had died. In an intent-to-treat analysis of the 21 enrolled patients, six-month and one-year survival rates were 64% and 43%, respectively.11

Table 1. Antitumor Response and Survival With Tremelimumab for HCV-Related HCC11

Overall, treatment was well tolerated, with few grade 3/4 adverse effects (AEs). An itching skin rash, relieved with topical agents, was the most common treatment-emergent AE, occurring in 13 patients, including one patient with a grade 3/4 reaction.11 A significant, transient rise in ALT was seen in 11 patients (five with grade 3/4) after the first dose, but was not associated with a decline in liver function.11

Tremelimumab treatment also led to significant decreases in median HCV viral load at day 120 (P=0.011, n=11) and day 210 (P=0.017, n=6). Transient complete viral response was achieved in three patients. However, no correlation between early viral response (day 30) and tumor response at day 90 was observed.11 Despite demonstrating promising results in phase 1/2 trials, failed to prolong overall survival versus standard chemotherapy when used as a first-line treatment of advanced melanoma in a phase 3 trial.9

The incidence of HCV-related HCC is expected to increase in the United States as the baby boom generation ages. The need for effective systemic therapies to treat this deadly cancer is acute, as two out of three patients are not identified at a stage amenable to surgery. CTLA-4 inhibition has been shown to be effective in advanced melanoma.

Unlike melanoma, however, HCC is not considered a highly immunogenic tumor; however, its common viral progenitor, HCV, overexpresses CTLA-4 (and related PD-1), suggesting a potential role for these therapies in this setting. The study by Sangro and colleagues showed that tremelimumab therapy was generally well tolerated, safe, and led to modest clinical responses in a small population of patients with advanced HCC.

A potential hurdle is that upregulating the immune response in liver tissue may be difficult to sustain and could have unintended consequences, as the liver is characterized by muted immune responses to accommodate its constant exposure to antigenic material in circulating blood.8,11

Another issue is that T-cell response mediates liver damage in HCV infection, raising the concern that blockade of the negative regulatory role of CTLA-4 may have deleterious effects on liver tissue—an outcome not seen in the Sangro study.1,11 Thus, while these results appear promising, much more research is needed to determine if tremelimumab—or the concept of CLTA-4 inhibition overall—can play a significant role in treatment of advanced, HCV-related HCC. 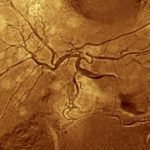