For patients with previously untreated metastatic esophagogastric cancer (EGC), early integration of interdisciplinary supportive care was found to provide survival benefits over standard care, according to a new study published in the Journal of Clinical Oncology.

The study was a phase 3 trial (ClinicalTrials.gov Identifier: NCT02375997) conducted at the Peking University Cancer Hospital & Institute in China. In this study, 328 patients with previously untreated metastatic EGC were randomized 2:1 into an intervention group receiving early interdisciplinary supportive care with standard oncologic care or a control group receiving standard oncologic care only. The primary study endpoint was overall survival (OS), evaluated on an intention-to-treat basis.

There were 203 patients in the intervention group and 103 in the control group who were evaluable for analysis. The intervention group received a median of 5 cycles (interquartile range [IQR], 4-7) of first-line chemotherapy, compared with 4 cycles (IQR, 2-6) in the control group. By data cutoff, 25% of the patients in the total intention-to-treat population were alive, and 5% were lost to follow-up.

Median progression-free survival was similar between treatment groups, at 5.1 months for the intervention group and 4.4 months for the control group (hazard ratio, 0.8; 95% CI, 0.62-1.04; P =.096). Rates of adverse events were also similar between patient groups. Patients in the intervention group, however, showed significant improvements in emotional and cognitive functioning that were not seen in the control group.

“Our study provides new clinical evidence supporting the early integration of nutritional and psychological supportive care into standard oncologic care for those with metastatic EGC,” the study investigators concluded in their report. 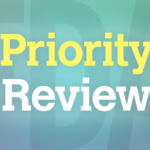