A variety of noncolorectal cancers were identified as having mismatch repair (MMR) deficiency in the NCI-MATCH study,1 and a little more than one-third of these cancers responded to treatment with anti–PD-1 therapy nivolumab.

The researchers screened 4902 patients and found that 2% were MMR-deficient. Forty-two patients were enrolled and treated with nivolumab 3 mg/kg every 2 weeks and 480 mg every 4 weeks after cycle 4.

According to the researchers, “the response rate of 36% compares well with the previously reported 31% response rate for nivolumab in MMR-deficient colorectal cancer.”

“These data confirm the benefit of the anti–PD-1 inhibitor nivolumab in patients with MMR-deficient, noncolorectal cancer,” the researchers concluded.

Disclosure: Most of the authors listed disclosed financial relationships with the pharmaceutical industry and medical device companies. For a full list of disclosures, please refer to the original study. 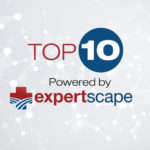