Gout may be associated with a decreased occurrence of colorectal cancer, as detected by diagnostic colonoscopy, in a population of veterans, according to study results published in the Journal of Clinical Rheumatology.

Study limitations included a relatively small sample size compared with other studies using administrative datasets, the fact that frequency of colonoscopies performed were not compared between the gout and OA groups, and that only colonoscopies performed within the New York Harbor Veterans Affairs system were evaluated. Medication use did not account for prescriptions from outside sources or those taken over the counter; the duration of medication use or medication adherence was also not reported. Finally, data on uric acid levels were incomplete, and polyp subtype or size was unaccounted for in the study analysis. 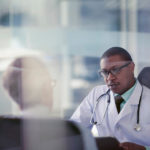 BEACON May Not Be the “Worst” Trial Ever, but a Key Question Remains