Results from a large population-based, retrospective cohort study showed a substantial reduction in the overall risk of developing internal malignancies for individuals with vitiligo. Findings from this study were published online in the Journal of Clinical Oncology.

Vitiligo is a common autoimmune disease, characterized by the destruction of melanocytes and the development of white skin patches. Previous studies have shown that individuals with vitiligo have lower risks of melanoma and nonmelanoma skin cancers compared with individuals without this disease. However, results of studies evaluating the association between vitiligo and risk of internal malignancy have been conflicting.

A total of 101,078 patients aged 20 years or older with a diagnosis of vitiligo were identified in the Korean National Health Insurance (KNHI) claims database for the period covering January 2007 through December 2016. A control group of 202,156 individuals without vitiligo, matched with the vitiligo group for age and gender, was randomly selected from the KNHI claims database during the same period. Subgroup analyses based on age (20-39 years, 40-59 years, and ≥60 years) and gender were also performed. In addition, a post-hoc analysis of the risks of developing organ-specific malignancies in the vitiligo and control groups was also conducted.

Following adjustments for age, gender, and comorbidities, patients in the vitiligo group were shown to have significantly reduced risk of developing an internal malignancy  compared with the control group (hazard ratio [HR], 0.86; 95% confidence interval [CI], 0.82-0.89; P <.001).

The study authors speculated on the conflicting results in the literature regarding autoimmune disease and cancer risk. While noting that chronic inflammation and use of immunomodulatory agents in the setting of some autoimmune diseases may increase risk of developing a malignancy, the presence of autoreactive T cells and the release of cytokines associated with regulating the T-cell mediated immune response may have an antitumor effect. Of note, vitiligo is not typically treated with systemic immunomodulatory drugs.

Limitations of this study, as noted by the authors, included the absence of data on: disease pathology to further define specific internal cancers; specific details related to onset, extent, duration, and subtype of vitiligo; and lifestyle factors, such as smoking history. In addition, these results may not be generalizable to patients of all ethnicities.

With respect to the lifestyle limitation, the authors note that a lower smoking rate in patients with vitiligo could, at least partially, account for the associated reduction in lung cancer risk.

Noting previous reports of the development of vitiligo in some patients treated with immune checkpoint inhibitors, the authors noted that “the findings of this study could motivate physicians and researchers to investigate the systemic influence of the autoimmune nature of vitiligo.” 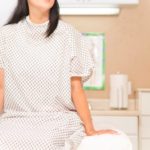