Magnus Løberg, M.D., from the University of Oslo in Norway, and colleagues used linkage of the Cancer Registry and the Cause of Death Registry of Norway to examine colorectal cancer mortality among 40,826 patients who underwent colorectal adenoma removal from 1993 to 2007. The standardized incidence-based mortality ratios (SMRs) were calculated using comparison rates for the Norwegian population.

During a median follow-up of 7.7 years through 2011, the researchers identified 1,273 patients with a diagnosis of colorectal cancer. Among patients who had had adenomas removed, 398 deaths were expected from colorectal cancer and 383 were observed, for an SMR of 0.96 (95 percent confidence interval, 0.87 to 1.06). 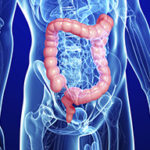