US senators James Inhofe (R-Oklahoma) and Bill Nelson (D-Florida) introduced S 2262, a bill that would require the Centers for Medicare and Medicaid Services (CMS) to cover computed tomography colonography (CTC) as a colorectal cancer screening option for Medicare recipients.1

In a press release, supporters of CTC, also known as virtual colonoscopy, praised the proposed legislation and renewed their call for CMS to reverse its 2009 decision excluding CTC from coverage.2

“Major colorectal cancer patient advocacy groups, along with the American College of Radiology (ACR), support Medicare coverage of virtual colonoscopy because it would remove a financial barrier to a test that more seniors would use and that is already widely covered by private insurers,” said Judy Yee, MD, FACR, in an e-mail to Cancer Therapy Advisor. Dr Yee is chair of the ACR Colon Cancer Committee; professor and vice chair of Radiology and Biomedical Imaging at the University of California, San Francisco; and chief of radiology at the San Francisco VA Medical Center.

“Cigna, UnitedHealthcare, Anthem Blue Cross Blue Shield, and other major insurers cover screening virtual colonoscopy. More than 20 states require insurers to cover these exams,” she said. Yee added that the American Cancer Society even included CTC as an alternative to colonoscopy in its guidelines for colorectal cancer screening.3

Although the USPSTF recommends people undergo colorectal cancer screening starting at age 50 and at various intervals until age 75, statistics from the Centers for Disease Control and Prevention show only 1 in 3 adults within that age group have had the recommended tests.4,5

“Numerous studies indicate that the invasive nature of a colonoscopy is the reason many adults have not been screened,” explained Eric Hargis, CEO of the Colon Cancer Alliance, in an e-mail interview with Cancer Therapy Advisor. Hargis said providing access to CTC “is vital…for patients that cannot or will not have a colonoscopy.”

Yee said, “CTC increases screening rates where offered, which can lead to more people being screened, more cancers avoided through removal of precancerous polyps, and more colorectal cancers caught early, when they are almost always treatable. This will translate to more lives saved.”

The USPSTF recently released a draft updating its colorectal cancer screening guidelines, and its authors remained unconvinced that CTC improved screening adherence.6 They noted that none of the few studies to compare adherence rates between CTC and colonoscopy were conducted in the United States.

The draft USPSTF guidelines list CTC as an alternative screening option but fall short of recommending it,2,6 citing concerns about immature data, radiation exposure, and false positives. Groups like the Colon Cancer Alliance and ACR are worried that if the final guidelines do not categorize CTC as “recommended,” CMS is unlikely to cover the test.

Yee said the data have “proved virtual colonoscopy is comparably accurate to colonoscopy at detecting cancer and precancerous polyps in those ages 50 and over at average risk for colorectal cancer—including [in] those ages 65 and older.” Both Yee and Hargis pointed out that President Barack Obama elected to have a virtual colonoscopy during his first screening as president. “The leader of the free world, with providers who have access to all medical information, would not get a test that doesn’t work,” said Yee.

Hargis said people who are unwilling or unable to undergo colonoscopy should have a choice. “At the end of the day, the best screening test is the one that gets done. If you’re more comfortable with a CTC, then it is an important conversation to have with a medical professional.” 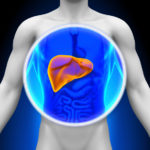