Selective internal radiotherapy (SIRT) was more cost-effective and resulted in better quality-adjusted survival than sorafenib in patients with locally advanced hepatocellular carcinoma (HCC), according to the results of a modeling study published in JCO Oncology Practice.1

The randomized controlled SARAH (ClinicalTrials.gov identifier: NCT01482442) and SIRveNIB trials (ClinicalTrials.gov identifier: NCT01135056) found no significant difference in overall survival among patients with locally advanced or advanced HCC who received treatment with either SIRT or sorafenib; however, study data indicated that SIRT was better tolerated. The aim of this study was to compare the cost-effectiveness of these therapies from a United States health care sector perspective, given that both interventions are considered to be high-cost.

The study simulated the random assignment of patients to SIRT or sorafenib by a state-transition microsimulation model. Pooled data from the SARAH and SIRveNIB trials were used to develop the hazard rates for disease progression and death, rates of adverse events, treatment adherence, and quality of life utility weights.

The costs were derived from the literature and current Medicare reimbursement rates. The incremental cost-effectiveness ratio (ICER) threshold was assumed to be $100,000 and the willingness-to-pay (WTP) threshold $200,000 per QALY gained.

Sorafenib had a higher average cost than SIRT over the 5-year time horizon ($78,859 vs $58,397), resulting in an ICER of $1,280,224/QALY for sorafenib. Sorafenib was therefore above the assumed ICER and WTP thresholds and considered less cost-effective than SIRT.

SIRT remained more cost-effective when accounting for second-line therapy consisting of regorafenib or cabozantinib. To reach the assumed ICER and WTP thresholds, the monthly price of sorafenib would have to decrease from $16,390 to $7,000, a decline of more than 50%.

The investigators noted several study limitations, including the generalizability of the trials, which could have limited the model. For example, the SARAH and SIRveNIB trial populations might not be representative of the advanced HCC population in the United States because they were conducted in France and the Asia-Pacific region.

“Our analysis suggests that sorafenib is unlikely to provide a gain in quality-adjusted survival compared with SIRT in locally advanced HCC at a cost considered to be acceptable according to current US cost-effectiveness thresholds,” the study authors concluded. 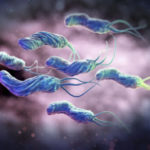