Patients with germ cell cancer (GCC) who survive after more than one line of treatment for disseminated disease face a significantly increased risk of late toxicity and death from other causes, according to a recent study published online ahead of print in the Journal of Clinical Oncology.

Gedske Daugaard, MD, DMSc, of the Copenhagen University Hospital in Denmark and fellow researchers looked at 268 patients who received more than one line of treatment for disseminated GCC from the Danish Testicular Cancer database, assessing for late toxicity and mortality through national registers.

“The purpose of this study was to evaluate late toxicity and survival in an unselected cohort of patients who experienced relapse after receiving first-line treatment for disseminated disease,” the authors noted. Among the observed patients, 136 had died from GCC.

Compared to patients who were treated with only orchiectomy, the remaining 132 patients in the observed population faced an increased risk for a second cancer, major cardiovascular disease, pulmonary disease, gastrointestinal disease, renal impairment, neurologic disorder, and death as a result of other causes.

RELATED: For Older Patients with Lung Cancer, Limited Resection Not Equivalent to Lobectomy

The IPFSG classifications were largely found to be confirmed in the observed patients, with increasing age as a possible new prognostic factor for treatment failure after second-line treatment.

The authors concluded that patients with GCC who survive after more than one line of treatment “should be candidates for life-long follow-up” as a result of toxicity and death risk from other causes than GCC. 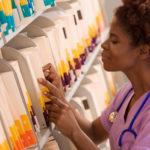