Women with breast cancer who were using aromatase inhibitors (AIs) had no more increased risk for serious cardiovascular events than did women taking tamoxifen, according to the results of a study published in JAMA Oncology.1

“These results provide reassurance that AIs may not increase risk of the most fatal CVDs [cardiovascular disease],” wrote Reina Haque, PhD, MPH, of the Department of Research & Evaluation at Kaiser Permanente Research in Pasadena, CA, and colleagues.

Commenting on the results of this study, Victor G. Vogel, MD, MHS, director of breast medical oncology/research at Geisinger Health System in Danville, PA, agreed that the data were reassuring but added that they were not unanticipated.

According to Dr Vogel, this research was based on a notion that was resolved with the publication of the results of the Women’s Health Initiative (WHI)—a large, randomized National Institutes of Health trial that looked at multiple disease endpoints in women who were postmenopausal and receiving hormone replacement therapy.

“Before the WHI, everybody ‘knew’ that estrogen would prevent CVD, but then we did the [WHI] study and actually observed what happened,” Dr Vogel told Cancer Therapy Advisor. “Estrogen made CVD worse.”

Results from both the estrogen alone and the estrogen plus progesterone arms in the WHI showed an increased number of CVD deaths.2,3

“Before the WHI study came out, studies looking at the use of AIs for adjuvant therapy starting coming along,” Dr Vogel explained. “If you believe that estrogen prevents CVD, then you have the hypothesis that if you give AIs, which drop levels of estrogen, then surely AIs must increase cardiovascular events. But that thesis was dashed.”

RELATED: Detection, Risk Assessment, and Fertility Among Issues Discussed at the Annual Meeting of the American Society of Breast Surgeons

In the study by Haque and colleagues, the team looked at data from 13 273 women diagnosed with breast cancer between December 2010 and January 1991. Women had no prior history of CVD.

During the study period, the researchers observed 3711 CVD events. A multivariable analysis showed similar risk for both cardiac ischemia and stroke among women taking AIs and women taking tamoxifen.

“These data are reassuring because they tell us that we can give AIs to estrogen receptor–positive postmenopausal breast cancer patients, and there will be far more benefit in terms of reducing their recurrence risk and rates of breast cancers in the opposite breast and there will be no effect on CVD,” Dr Vogel said.

Interestingly, the data also revealed that women taking AI alone had a 29% increased risk for certain other CVDs, such as dysrhythmia, valvular dysfunction, and pericarditis, compared with women on tamoxifen alone and nonhormone users. This increased risk was also found among women who took AIs and tamoxifen sequentially (adjusted HR, 1.26). 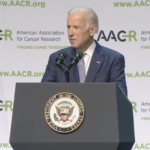