An international survey has revealed barriers to accessing cancer drugs deemed essential for routine clinical care. The survey was published in The Lancet Oncology.

With this study, the researchers sought to determine whether cancer drugs on the World Health Organization’s (WHO) Essential Medicines List (EML) are aligned with the priorities of frontline oncologists worldwide and the extent to which these drugs are available to patients in routine clinical practice.

The researchers developed a 28-question electronic survey that was disseminated to a global network of oncologists. The primary question asked oncologists to select the 10 cancer drugs that would provide the greatest public health benefit to their country. Other questions explored the availability and cost of cancer drugs.

The risk of catastrophic expenditure — defined as spending that exceeds 40% of total consumption, minus food expenditures — was found to be more common in low-income countries.

The researchers noted that oncologists in middle-income countries reported a substantial risk of OOP expenditures and catastrophic expenditure even for older drugs, such as imatinib (30% and 4%, respectively), trastuzumab (23% and 9%), and gemcitabine (21% and 8%).

Although drugs were generally more accessible in high-income countries, respondents in these countries also reported substantial OOP costs for older drugs, such as imatinib (24%), paclitaxel (12%), and doxorubicin (11%).

“Although these data suggest strong convergence between the WHO EML and oncologists’ perceptions of high-priority cancer medicines, we identified major barriers to drug access, largely in lower-middle-income and upper-middle-income countries,” the researchers wrote.

“These findings challenge the feasibility of adding additional expensive cancer medicines to the EML. There is an urgent need for global and country-level policy action to ensure patients with cancer globally have access to high-priority medicines.” 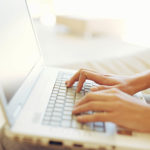