Nearly 70 different targeted agents are approved by the U.S. Food and Drug Administration for the treatment of 28 different malignancies.1 More targeted agents are being developed, though it is open to question how to best investigate these agents, particularly when the same molecular target is present in multiple cancers.

Mithat Gonen, PhD, of Memorial Sloan Kettering Cancer Center in New York, New York, and an author of a recent commentary in the Journal of Clinical Oncology, told Cancer Therapy Advisor that “one of the primary reasons for basket trials to emerge as the leading way to conduct clinical research in precision medicine is their ability to handle multiple related questions.”

A major advantage of the basket design, Dr Gonen said, is that the question of efficacy of a targeted agent can be answered with “fewer patients and in a shorter amount of time when compared with the traditional trial design.” Statistical power can be reached with fewer subjects with less time because the data from different arms that show similar efficacy at the interim analysis can be aggregated. This enables early termination of arms not likely to show efficacy.

Fewer subjects and shorter duration may also save money. Molecular analyses and other tests need to be conducted only once in a basket trial, rather than multiple times if multiple traditional trials are conducted to answer the same question. 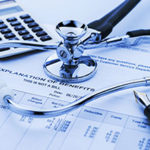