When designing clinical trials, a common approach is to screen patients for mutations in their tumor(s) and match them to the complementary drug that is hypothesized to target that mutation.

These traditional basket designs do not, however, allow for qualification of the biomarker’s ability to predict important clinical outcomes from the treatments, as described in a recent study published in the Journal of Clinical Oncology.1

Researchers at the Dana-Farber Institute and Harvard Medical School developed a novel Bayesian adaptive randomization method that maximizes efficiency by focusing the algorithm to reduce uncertainty within the patient-treatment baskets.

With each new patient enrollment, the procedure estimates the expected uncertainty reduction for each treatment arm based on the patient’s biomarker subgroup and adjusts the randomization probabilities to favor the treatment arms that would have the most reduction of uncertainty.

There is, however, still the potential for contamination of results by unmeasured or unknown confounds not expected to be evenly distributed between treatment and control arms within each biomarker subgroup. Perhaps the best application of Bayesian adaptive randomization is within phase 1 and 2 studies that aim to inform the design of future randomized phase 3 clinical trials.

Cancer Therapy Advisor (CTA): What are the potential challenges investigators might come across when designing a clinical trial that will use adaptive randomization?

For example, defining biomarker subgroups to divide patients and needing a priori knowledge to assign baseline estimates for the randomization scheme.

Dr Alexander: Some of the challenges that arise when designing a clinical trial using adaptive randomization like we described in the paper are related to your example.

We need to have a more formal estimate of various parameters that are included in the adaptive randomization algorithm — both the parameters themselves and an estimate of how much we really know about them. But I would point out that when you decide to design a non-adaptive ‘basket’ trial that accepts only patients with a certain biomarker, you are also making a decision that patients that do not have that biomarker are not likely to respond to the drug.

That may be well-founded based on the mechanism of action of the drug and supported by clinical data. But it could also just be a guess. In either case, the data you see during the course of the trial would not change the trial. What we are proposing in our paper accommodates both extremes — you know a lot about the biomarker or you know nothing at all — and everything in between.

It also allows the data that you get during the course of the trial, which may be the best data anyone has ever generated on the biomarker, to drive how the trial is ultimately conducted. So if you know nothing at the beginning of the trial about a biomarker but the trial data are telling you that patients are responding only if they have the biomarker, the algorithm can learn that and adjust.

Other general challenges to adaptive randomization are designing the right randomization algorithm, effectively communicating the tradeoffs of various choices involved to all stakeholders that are helping to build the trial, running the simulations and generating operating characteristics, and effectively communicating how the trial functions to external stakeholders. 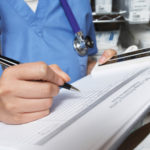