The agency will fast track its reviews of generic-drug “abbreviated new drug applications” (ANDAs) until 3 generic versions of a given drug product are approved.2

That threshold is based on an FDA study suggesting that second and third generics are necessary to significantly reduce drug costs.3 The FDA found that the average per-dose price of generic drugs is 94% of the brand-name drug price when only 1 generic is available, but drops to 52% when 2 generics are on the market, and 44% when 3 generics are available.

The FDA also published a list of branded drugs for which patent market-exclusivity periods has lapsed but for which there are no approved generic versions. The agency’s goal is to “improve transparency and encourage the development and submission of ANDAs in markets with no competition.”2

The list included etoposide phosphate, technetium (TC-99m) for nuclear imaging, and 387 other drug products, 223 for which the agency can immediately accept ANDAs without prior discussion.

The FDA’s list also includes pyrimethamine, an antimalarial drug that can be against toxoplasmosis in HIV/AIDS patients, and is under study as a potential anti-cancer drug. Turing Pharmaceuticals made headlines in 2015 by abruptly raising its price from $13.50 to $750.00 per tablet.4

The FDA will hold a public hearing on July 18, 2017, to seek input about ways its generic drug approval process is being “gamed” to slow or block new approvals — a first step in the agency’s plan to combat drug companies’ efforts to delay competition from generics. In a blog post, FDA director Scott Gottlieb, MD, pointed to companies’ failure to provide brand-name drugs for comparative lab testing and generic drug development as a key example of such regulatory gaming by industry.5 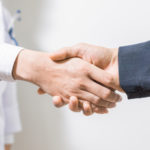