A recent study revealed the impact of biomarker analyses on oncology trial success and clinical development timelines, with patterns varying by cancer type. The study’s findings were reported in The Oncologist.1

The researchers noted that, in a prior study, “biomarker usage in oncology trials was associated with higher rate of success in clinical trials, with effects seen in breast, melanoma, and lung cancer.”2

However, incorporating biomarkers adds complexity to trial design and the interpretation of results, so the researchers aimed to characterize the effects of biomarkers on the speed of clinical trials and the clinical development timeline.1

The study included 1224 trials that encompassed 671 drugs. The researchers found no significant differences in mean durations between biomarker trials and nonbiomarker trials.

However, the timing of biomarker inclusion in clinical development timelines varied somewhat by cancer type. In trials of NSCLC, colorectal cancer, and breast cancer, biomarker trials appeared to be conducted later in the timelines, compared with nonbiomarker trials. This pattern was strongest in trials for NSCLC.

Other patterns were evident according to cancer type, with some exceptions for particular trial phases. Overall, biomarker use was associated with longer gaps in time between trial phases for colorectal and breast cancer. Such gaps were not evident in nonbiomarker trials in these indications or in biomarker trials for NSCLC and melanoma.

The researchers concluded that biomarker use may affect some aspects of clinical trial timing and failure risk, with some indication-specific patterns.

“[C]linicians deciding on clinical trial participation need to consider whether the indication under consideration risks facing potential delays when biomarkers are included,” the researchers wrote. 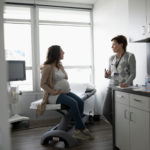 AYA Cancer Diagnosis Does Not Confer Greater Risk for Stillbirth