Overseen by the US Food and Drug Administration (FDA), expanded access has historically been a pathway that allows patients with serious conditions, such as cancer, who have no or limited treatment options, to receive investigational agents outside of the traditional clinical trial setting.

While helping the most in need remains the overarching goal, another purpose has emerged: Efficacy and safety data from expanded access programs are being gathered and potentially included in submissions to regulatory agencies as real-world data.

“It’s a fact that it is an ongoing trend that companies collect [these] data,” said Alison Bateman-House, PhD, MPH, MA, assistant professor in the division of medical ethics at NYU Langone Health and co-chair of the Working Group on Compassionate Use and Preapproval Access, during an interview with Cancer Therapy Advisor.

Erika Segear, PhD, RAC, associate director of regulatory affairs in the office of regulatory affairs and quality at the Duke University School of Medicine, explained to Cancer Therapy Advisor that there has been a “big” shift and change in mindset to try to capture these data so that they can be used to inform the broader public health use of that product.

This change in mindset has not gone unnoticed by regulatory authorities. On November 19, 2018, the FDA hosted a public meeting about “leveraging” these data from expanded access protocols. In the meeting report, several benefits of using expanded access data were mentioned, such as supplementing clinical trial data in regulatory review, informing off-label use, and driving label expansions. Ultimately, as stated in the report, expanded access data “presents an opportunity” to collect real-world evidence.1

The efforts to collect these data are starting to come to light as companies release these data at medical meetings. For example, data from 11 patients who received selitrectinib (previously LOXO-195) under the FDA expanded access single-patient protocol were presented alongside data from 20 patients enrolled on the phase 1 study (ClinicalTrials.gov Identifier: NCT03215511) at the 2019 American Association for Cancer Research (AACR) Annual Meeting, held in Atlanta, Georgia.2

In addition, data from patients with Epstein-Barr virus–associated diseases and malignancies who received tabelecleucel under an expanded access protocol (ClinicalTrials.gov Identifier: NCT02822495)  were recently presented at the 2020 Transplantation & Cellular Therapy Meetings held in February in Orlando, Florida.3 (Although commonly listed on ClinicalTrials.gov, expanded access programs are not technically considered clinical trials.)

Although they have not been reported yet, data from patients with advanced pancreatic cancer or sarcoma who receive investigational gene therapy DeltaRex-G through expanded access (ClinicalTrials.gov Identifier: NCT04091295) may be reported at upcoming medical meetings, Erlinda Gordon, MD, president of the Aveni Foundation, told Cancer Therapy Advisor. 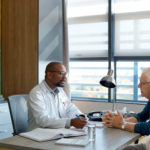