The genomic-adjusted radiation dose (GARD) model can predict outcomes of radiotherapy in patients with cancer, according to results of a study published in The Lancet Oncology.

The researchers explained that GARD integrates the radiosensitivity index and physical dose of radiation to quantify the biological effect of a given dose in an individual patient.

The data encompassed a total of 1615 patients with 7 cancer types — breast, head and neck, lung, pancreatic, and endometrial cancers, as well as melanoma and glioma.

“We propose integration of genomics into radiation dosing decisions, using a GARD-based framework, as the new paradigm for personalizing radiotherapy prescription dose,” they added. 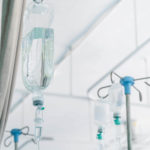 Large PICC Size May Up Risk for Thrombosis in Cancer Patients