A large study supports the use of multigene germline genetic analysis to guide treatment decisions in patients with advanced cancers, according to researchers. They reported their findings in the Journal of Clinical Oncology.

Variants were detected via paired tumor-normal sequencing using the Memorial Sloan Kettering-IMPACT next-generation sequencing assay that was restricted to a subset of 76 to 88 of 468 known cancer-associated genes.

The results showed that 17% of patients (n=2037) harbored a germline variant that was likely pathogenic (LP) or pathogenic (P).

Genes with germline LP/P alterations were allocated to different levels based on therapeutic actionability, using a precision oncology knowledge base called OncoKB.

By OncoKB classification, 9% of patients had an LP/P variant in a potentially therapeutically actionable gene. Of these patients, 4% had a level 1 alteration, defined as a biomarker recognized by the US Food and Drug Administration (FDA) to predict response to a drug approved by the FDA for the tumor type in question.

Among the 9079 patients with advanced cancer, 8% had level 1 or level 3B genetic alterations, and 3.2% received germline genotype-directed therapy.

“On the basis of our study findings, using a multigene panel that incorporates BRCA1/2 and other HRR [homologous-recombination repair] genes, as well as the MMR [mismatch repair] genes, appears a reasonable undertaking for patients with metastatic or recurrent cancers,” the study authors wrote.

“Future endeavors including standardized classification of the increasing number of germline alterations with therapeutic actionability and the impact of germline-directed therapies in patients with early-stage cancer are needed,” they concluded. 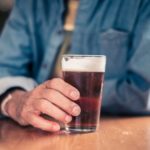 Study Looks at Cancer Cases Attributable to Alcohol Use