“CAR-T therapies have generated unprecedented advances in the treatment of hematologic cancers, but readily translatable imaging approaches to visualize the in vivo dynamics of CAR-T cells are lacking,” the authors wrote.

Current strategies to image CAR-T cells involve direct or indirect labeling of the cells before they are infused into the patient. There are several challenges that limit these approaches. For example, CAR-T cell expansion after infusion progressively dilutes the imaging label, preventing long-term tracking. Labeled dead cells could produce a detectable signal, thereby limiting clinical interpretation.

The use of a reporter gene that is integrated permanently into the CAR-T cell genome could overcome some these limitations. However, this approach requires complex protocols to incorporate the reporter gene and elicit its expression, and the reporter gene could be recognized by the immune system as foreign.

Another approach is using immunoPET. A monoclonal antibody is used to target the radiolabeling to specific cell subsets—in this case, CAR-T cells. ICOS is a candidate target because it is activated upon antigen recognition and demonstrates higher expression among CAR-T cells vs non-CAR-T cells.

In animal studies, immunoPET with the 89Zr-DFO-ICOS radiolabel allowed CAR-T cells to be tracked to infiltrating B-cell lymphoma cancer cells and within highly vascularized organs. There was concern that an anti-ICOS antibody could impair CAR-T cell expansion, but there was no overall survival difference between the mice that received the radiolabel and those that did not.

The authors concluded that “the proposed ICOS imaging strategy provides the unique advantage of reporting on the activation as well as the exhaustion of therapeutic CAR-T cells—both crucial for monitoring and predicting patient response to immunotherapy.” 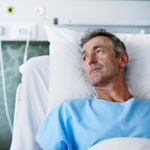 Assessment of Hospital Readmissions in Patients Using an Oncology Service