Underdosing in Patients With Cancer and Obesity: A Thing of the Past? - Cancer Therapy Advisor

Neil M. Iyengar, MD, said he generally agrees with the new ASCO recommendations but favors a tailored approach to treatment in some cases. Dr Iyengar is a medical oncologist at Memorial Sloan Kettering Cancer Center in New York, New York, who was not involved in the guideline update.

“Overall, yes, I think this is a good idea because we know, historically, at least from the standpoint of chemotherapy, that obese patients used to generally be underdosed because of this expectation that there would be greater toxicity,” Dr Iyengar said.

However, he suggested taking a more tailored approach to certain targeted therapies while keeping an eye on a patient’s metabolic health. For example, he noted that the use of phosphoinositide 3-kinase (PI3K) inhibitors is associated with a higher risk of hyperglycemia and hyperinsulinemia in people with metabolic dysfunction, which commonly overlaps with obesity.

In fact, Dr Iyengar said most of the trials that led to the FDA approval of PI3K inhibitors excluded patients whose levels of hemoglobin A1c (HbA1c) were in the insulin-resistance range, which often occurs in patients with obesity.

Hence, Dr Iyengar recommends that oncologists examine HbA1c in patients with obesity — most of whom have HbA1c levels above 5.7% — before potentially proceeding with PI3K inhibitors.

As an example, Dr Iyengar mentioned the SOLAR-1 trial (ClinicalTrials.gov Identifier NCT02437318) of the PI3K inhibitor alpelisib in patients with breast cancer. Only patients with an HbA1c under 8% were initially allowed to participate. The investigators later introduced an even stricter restriction by only allowing patients with an HbA1c of less than 6.5% because of the high incidence of hyperglycemia.

Dr Iyengar said he would therefore wait to administer alpelisib in patients with HbA1c above 6.5% at baseline until their HbA1c could be lowered to a safe range via lifestyle interventions, diabetes medications, or a combination of both. For patients with an HbA1c of 5.7% to 6.4%, he would use alpelisib “with caution,” he said.

Patients with breast cancer who are at highest risk for toxicity from PI3K inhibitors are those who have obesity and tumors with PIK3CA mutations because they likely also have baseline insulin resistance, Dr Iyengar explained. In these cases, he would advise bringing patients’ HbA1c to a safe range before administering a PI3K inhibitor.

Dr Iyengar also said that up to one-third of normal-weight patients have metabolic obesity, so the same recommendations for PI3K inhibitors apply to them as well.

Wasif M. Saif, MD, also expressed general agreement with the updated ASCO guidelines but pointed to cases in which a tailored treatment approach might be necessary. Dr Saif is deputy physician-in-chief and medical director at Northwell Health Cancer Institute in New Hyde Park, New York, and was not involved in the guideline update.

“Though we have limited data and most [are] retrospective, I feel comfortable agreeing with the recommendations of the expert panel based on our experience,” Dr Saif wrote in an email.

However, he urged caution regarding the use of targeted therapies, such as sunitinib malate or sorafenib, that are linked to cardiovascular toxicities such as hypertension. He noted that some patients with obesity and cancer may need supportive care along with potential dose adjustments when receiving those therapies. 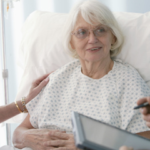