Molecular profiling may enable treatment of cancers of unknown primary site (CUP) even if the tissue of origin of these aggressive tumors cannot be identified, according to a recent study.1

Approximately one-third of advanced cancers present with metastases and, in many cases, the site of origin is initially uncertain.2 Clinical and pathologic evaluation identify the primary cancer in most instances; but, in some cases, the tumor does not display properties linking it to the organ from which it arose. When the primary site remains unknown, optimal treatment can be unclear.

CUP accounts for as many as 3% to 5% of all cancer diagnoses.3 In most cases of CUP, the primary tumor is small and undetectable, but has metastasized to form lesions that cause symptoms or are visible on diagnostic imaging.2

In general, CUP has a poor prognosis. Although 15% to 20% of cases respond well to treatment, the remainder are aggressive and have an unpredictable pattern of spread.3 Median survival for patients with CUP is only 4 to 12 months, and only 10% of patients survive 5 years after diagnosis.3

In some cases of CUP, immunohistochemistry (IHC) is highly suggestive of the tissue of origin and site-directed therapy can be initiated. In others, IHC is inconclusive and the patient must be treated empirically or entered into a clinical trial.

Data presented at the 2013 European Cancer Congress now suggest that it may not be necessary to identify the site of origin in order to devise effective treatment of CUP.

The researchers found that in 77% of cases, biomarkers—including protein overexpression, protein loss, activating mutations, and gene copy number variations—could be identified for which targeted therapies are available.

“Previous attempts to characterize CUP have managed only to provide a statistical likelihood of a potential primary organ site, and for the most part, have not addressed the question of which treatments are likely to be effective,” said Zoran Gatalica, MD, DSc, medical director at Caris Life Sciences and adjunct professor of pathology at Creighton University School of Medicine, in Omaha, NE.

“We believe that our research signals a paradigm shift in the treatment of CUP,” Dr. Gatalica added. “With this strategy, physicians can build a treatment plan based on changes in cancer cells which are known to be associated with the potential for benefit from specific drugs. We could be looking at the evolution of a new standard of care for these patients who badly need new options.” 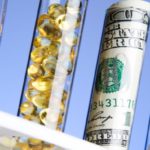