Cancer appears to be overtaking cardiovascular disease (CVD) as the leading cause of mortality, particularly among men, in many European countries, according to a study published in the European Heart Journal.1

Although CVD remains the deadliest disease in Europe overall, men are more likely to die of cancer in 10 major European countries, including France, Italy, Spain, and the United Kingdom. The authors noted, however, that Eastern European countries, which tend to be poorer, maintain higher rates of death from CVD than cancer.

The discrepancies in mortality from CVD may be due to advancements in treatment and prevention of heart disease.

The researchers also recorded and contrasted among European countries the number of years lost due to CVD. These years were recorded either by death: if a patient died from CVD, 1 year lost was considered each year before 75, or by years with disability from CVD. These rates were more than 5 times as high in Ukraine, an Eastern European country, than in Ireland, which is in Western Europe.

The authors claim that inequality among European countries is a major factor, though the study is descriptive only, and cannot give conclusive reasons for the data. 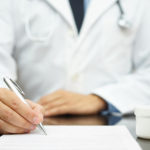