Studies have suggested that quality of life (QOL) assessments can predict progression-free survival (PFS) and overall survival (OS) in patients with cancer, though this doesn’t appear to hold true for all cancer types or in all treatment settings.1-5

“Workflow is increasingly challenging in contemporary medical practice,” said Ridwan Alam, MD, of Johns Hopkins University School of Medicine in Baltimore. “Adding another questionnaire to clinical workflow may add additional stress to both clinicians and patients. It is incredibly important to make sure these questionnaires have value.”

Dr Alam coauthored a recent study suggesting that QOL assessments could predict all-cause mortality in patients with renal cell carcinoma (RCC).6 He and his colleagues evaluated 2 cohorts of patients.

One cohort included 1494 patients with T1-T4 RCC who were followed for a median of 5.6 years. In this group, better mental and physical QOL at baseline were associated with a lower risk of all-cause mortality.

The second cohort included 479 patients with T1 RCC who were followed for a median of 3.9 years. In this group, mental QOL was not significantly associated with all-cause mortality, but physical QOL was.

“The relationship between physical QOL and overall survival was more impressive than anticipated and is an important measure for future exploration,” Dr Alam said.

Findings in Lung and Prostate Cancer

In another recent study, David Hui, MD, of MD Anderson Cancer Center in Houston, and colleagues evaluated the role of QOL scores in predicting PFS and OS in patients with advanced cancers.7

In all 3 trials, patients were asked to complete Functional Assessment of Cancer Therapy (FACT) questionnaires at baseline. Dr Hui and colleagues looked at the association between baseline FACT Trial Outcome Index (TOI) scores and survival.

In both univariable and multivariable analyses, higher FACT-TOI scores were significantly associated with OS across all 3 trials. 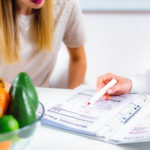