While it’s understandable that many cancer survivors live with some fear of recurrence, only recently have researchers delved more into how best to measure and ease this posttreatment angst before it becomes more debilitating.

Roughly half of cancer survivors report moderate to high levels of fear of cancer recurrence (FOCR) and once it develops, the degree of their fear tends to persist over time, according to a review of 130 studies published in 2013 in the Journal of Cancer Survivorship.1

Clinicians should guard against a drift toward overdiagnosis, as that would leave too many people feeling like they suffer from a mental health disorder rather than an understandable level of worry, said Sophie Lebel, PhD, a professor of psychology at the University of Ottawa, Canada, who also chairs the Fear of Cancer Recurrence special interest group for members of the International Psycho-Oncology Society (IPOS). But some individuals need help when these fears substantially erode their daily functioning, she told Cancer Therapy Advisor.

This research field is still relatively new, with more questions than answers, said Dr Lebel, who coauthored a 2017 perspective piece in Psycho-Oncology that outlined some of the gaps in knowledge and related objectives moving forward. Among them: developing a research consensus on how best to define FOCR, measure its relative intensity, and identify interventions to best assist individuals affected by FOCR.2

Still, the field is moving quickly, as evidenced by a recent literature review and meta-analysis of 19 randomized controlled trials looking at mind-body interventions.3 The meta-analysis found that the interventions, including cognitive behavioral techniques, exerted a small to medium effect in reducing FOCR, according to the findings, published 2018 in Psycho-Oncology. All of the randomized studies that were included in the meta-analysis had been published since 2002, and more than half had been published since 2015.

This burgeoning research area reflects the interest in better supporting the posttreatment needs of a growing pool of long-term cancer survivors, said Lidia Schapira, MD, an oncologist who directs the cancer survivorship program at the Stanford Cancer Institute, Stanford, California.

“As we have grown more experienced in supporting patients’ psychosocial needs,” she told Cancer Therapy Advisor, “I think that we have recognized that this fear of cancer recurrence is an important and common source of emotional distress.” 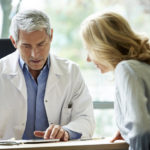