A randomized phase 2 trial examining the assignment of treatment based on gene-expression profiling compared with standard chemotherapy for patients with cancer of unknown primary site showed no improvement in the 1-year survival rate with the more tailored approach. However, several caveats may limit the relevance of the findings. A report of this study was published in the Journal of Clinical Oncology.1

Cancer of unknown primary site (CUP) refers to malignancies in which the originating tumor type cannot be identified. As a result, determining the best treatment for this cancer, diagnosed in approximately 31,000 people in the US each year, is extremely difficult.2 In recent years, oncologists have looked to genetic testing to identify the cancer type as a way to improve care.

In the current study, a molecular analysis of biopsied tissue predicted the originating cancer site for all of the 101 patients treated. The analysis identified a total of 16 sites; cancers of the pancreas (21% of participants), gastric system (21% of participants), and malignant lymphomas (20% of patients) were the 3 most common sites to be predicted as the primary site of malignancy. The Japan-based researchers then randomized the patients to receive therapy appropriate to the predicted site of origin (50 patients) or the standard, empiric treatment of paclitaxel plus carboplatin (51 patients).

The primary end point of 1-year survival rate was 44% for the site-specific treatment arm compared with 54.9% for the empirical chemotherapy arm. At a median follow-up of 9.7 months, the secondary end point also showed little difference: progression-free survival was 5.1 months for the site-specific arm compared with 4.8 months for the empirical arm, and overall survival was 9.8 months versus 12.5 months, respectively.

Although the data show little difference between the 2 arms, the researchers see some role for the intervention. “Partially, our results suggested gene-expression profiling is promising given the fact that there were some durable responses in the prediction arm,” said lead author Hidetoshi Hayashi, MD, PhD, Kindai University, Osaka, Japan.

F. Anthony Greco, MD, who treats CUP at Tennessee Oncology in Nashville, told Cancer Therapy Advisor that the study sheds little light on the use of molecular assays in this setting. The researchers used an unfamiliar diagnostic of indeterminable accuracy, said Dr Greco. Also, he noted, approximately 26 patients were predicted to have lymphoma and therefore, should have been excluded following the molecular assay. “This is a major flaw in the study,” said Dr Greco.

Finally, the fact that most patients were predicted to have hard-to-treat cancers means they were unlikely to benefit much from site-specific treatment, negating the value of the comparison. “It would be very difficult to show a difference between the 2 arms,” said Dr Greco. Both he and the study researchers concluded that the most valuable finding from the study was that the prediction of location of original tumor site following gene-expression profiling had prognostic value.

Dr Hayashi and colleagues are now conducting a trial investigating next-generation sequencing to identify cancer classifiers based on gene expression in the treatment of CUP. Other ongoing studies to improve the care of patients with CUP are exploring both the use of comprehensive molecular profiling and the integration of immunotherapy into the care of patients with a high tumor mutation burden. 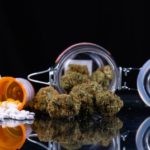