Clinical trials used to support the review and potential approval of drugs by the US Food and Drug Administration (FDA) continue to underrepresent women when compared with female cancer incidence, according to the results of a study published in The Oncologist.1

“Proportionable female representation in health research is necessary for scientific rigor and health equity,” the authors wrote. Although there has been substantial progress in the efforts to include more women in clinical trials, health care disparities remain. The aim of this study was to evaluate the representation of women in clinical trials used to support drug approvals.

The study evaluated the subjects enrolled in clinical trials that were used to support potential drug approvals by the FDA between 2008 and 2018. Sex-specific cancer types were excluded. Cancer incidence and mortality among women and men was based on data from 2018 for the US population from the International Agency for Research on Cancer.

There were 170 anticancer drugs approvals that were supported by 186 clinical trials, which included 78,840 patients.

Underrepresentation was present in trials for leukemia and lymphoma, but not in other hematologic malignancies.

“Underrepresentation of women has important biologic implications,” the authors wrote. Sex-based differences are known to occur in pharmacodynamics and pharmacokinetics, including differences in toxicity and the therapeutic index. Sex differences are also observed in tumor biology, immune responses, and the microbiome.

The effect of sex on treatment response was not included in the data that led to drug approval in 46% of hematologic malignancy studies and 28% of solid tumor studies.

The authors asserted that their findings “demonstrate that despite a number of policy changes over the past decade, female representation continues to be an issue in the US.” 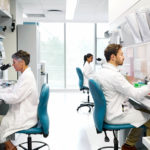