In a review published in the Journal of the National Cancer Institute, Florence Joly, MD, PhD, of the François-Baclesse Center at the University of Caen Normandy, France, and colleagues argued that cognitive impairments following immunotherapy treatment are underestimated.1 They highlighted an important need for more research on the incidence and impact of potential cognitive side effects among patients receiving CAR-T or ICI therapies.

“Checkpoint inhibitors [have] a potential impact on cognition that we have to better explore,” and the same goes for CAR-T therapies, Dr Joly wrote to Cancer Therapy Advisor in an email. Because much of the research on the adverse events of CAR-T has been dedicated to managing and limiting life-threatening side effects of these immunotherapies, such as severe autoimmune complications, their potential impact on cognitive function has been overlooked, she added.

Neurological adverse events following treatment with ICIs — which can involve headaches, encephalopathy, and meningitis — appear to be rare, according to a 2017 review of nearly 60 clinical studies that found that the overall incidence of neurological adverse events was, on average, 3.8% with anti-CTLA4 antibodies, and 6.1% with anti-PD1 antibodies.2 However, cognitive impairments could also manifest as a range of subtle, less severe side effects that tend to go unreported in clinical studies, Dr Joly and her colleagues noted.

“[These] may include cognitive fatigue, concentration disorders, decline of memory, trouble [with] executive functions, and in certain cases, it could be confusion,” explained Dr Joly, who added that she’s seen some of these symptoms in her own patients undergoing ICI treatment. Fatigue has been reported by patients as one of the most frequent side effects of ICIs.3 However, clinicians may be less likely to report such mild to moderate symptoms because they’re difficult to evaluate and treat, possibly leaving many cases unreported, Dr Joly explained. 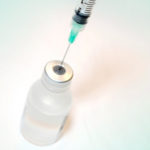