Other factors may affect chemotherapy prescription patterns more than changes in Medicare reimbursement, according to a study published in the Journal of Clinical Oncology.

Mark C. Hornbrook, Ph.D., from Kaiser Permanente Northwest in Portland, Ore., and colleagues examined 5,831 chemotherapy regimens for 3,613 patients with colorectal cancer (CRC) or lung cancers from 2003 to 2006 (before and after the passage of the Medicare Prescription Drug, Improvement, and Modernization Act of 2003 [MMA], which took effect in 2005).

Fee-for-service (FFS) patients were less likely to receive MMA-affected drugs following the MMA (OR, 0.73). Among integrated health network patients, no pre- versus post-MMA difference in the use of MMA-affected drugs was detected (OR, 1.01; 95 percent CI, 0.66 to 1.56).

“Changes in reimbursement after the passage of MMA appear to have had less of an impact on prescribing patterns in FFS settings than the introduction of new drugs and clinical evidence as well as other factors driving adoption of new practice patterns,” the authors write. 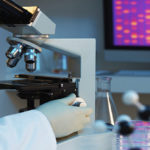