Disparities in cancer trial enrollment between Black and White patients are not driven by differences in eligibility, according to study results published in JCO Oncology Practice.

The researchers performed a retrospective cohort study using data from 512 patients who received oncology care for breast or ovarian cancers between January 2017 and February 2020 at a single center. All patients were women, the median age was 59 years, 72.8% were White, 70.1% had breast cancer, and 18.9% lived in more disadvantaged neighborhoods.

Patient characteristics were compared with eligibility criteria of current open trials to evaluate the relationship between trial enrollment and underrepresented populations.

These data suggest that ineligibility is not responsible for disparities among Black and White patients or according to neighborhood disadvantage in breast and ovarian cancer trials, researchers concluded.

Disclosures: Some study authors declared affiliations with biotech, industry. Please refer to the original article for a full list of disclosures. 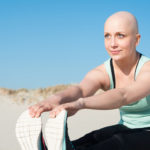