(HealthDay News) — There are still considerable racial/ethnic and sociodemographic disparities in cancer occurrence and death rates, according to a report published online Dec. 8 in CA: A Cancer Journal for Clinicians.

Farhad Islami, M.D., Ph.D., from the American Cancer Society in Atlanta, and colleagues provide comprehensive U.S. data on disparities in cancer occurrence, major risk factors, and access to and utilization of preventive measures and screening by sociodemographic characteristics.

There was also variation seen in stage at diagnosis, survival, exposure to risk factors, and preventive measures and screening by race/ethnicity, socioeconomic status, and geographic location; for all cancer combined, five-year relative survival was 14 percent lower for residents of poorer versus more affluent counties.

“Despite some progress in recent decades, cancer disparities are still a major issue in the United States, and they may further widen because of increasing costs of novel treatments and advanced medical technologies,” Islami said in a statement. “[There is m]uch more work to be done to enhance health equity and mitigate cancer disparities.” 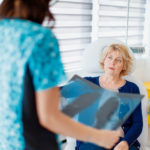