The study included adult patients younger than 65 years who had stage IV colorectal cancer, stage IV lung adenocarcinoma, or stage II to stage IV head and neck cancer that was diagnosed between 2004 and 2011 in North Carolina. Data were gathered from Medicaid and commercial insurance claims linked to the North Carolina Central Cancer Registry.

A total of 800 patients were included in the study. The majority (79.6%) received care in a non–NCI-designated setting, and the study population included roughly equal proportions of each tumor type: colorectal cancer (31.9%), head-and-neck cancer (38.8%), and lung cancer (29.4%).

An adjusted analysis revealed that a higher proportion of patients who were treated in non–NCI-designated settings received high-cost treatment compared with patients who were treated in NCI-designated settings (35.8% vs 26.2%; prevalence difference, 9.6%; 95% CI, −0.1% to 18.7%), although differences were not statistically significant within the 3 cancer subgroups studied.

“Use of higher-cost cancer treatments may be more common in non-NCI than NCI settings,” the study authors wrote in conclusion. “This may reflect differential implementation of clinical evidence, local practice variation, or possibly a response to the reimbursement incentives presented by chemotherapy billing.”

Disclosure: Some of the authors reported financial ties to the pharmaceutical industry. For a full list of disclosures, please refer to the original study. 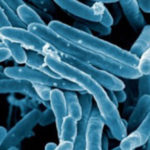