Crohn’s disease (CD) represents an extremely challenging disease state to manage, both for the patient and for the physician. Aside from the gastrointestinal (GI) symptoms associated with CD, the diagnosis also carries an increased risk of extraintestinal manifestations including vitamin deficiencies, arthritis, ocular involvement, hypercoagulability, nephrolithiasis, dermatologic findings, lung involvement, and malignancy. The increased risk of cancer secondary to the disease process itself is further complicated by some of the immunosuppressive medications used to treat CD, which also carry a malignancy risk.

The association between CD and the increased risk of cancer has been found both in GI and non-GI cancers. The data varies between studies, but typically, patients with CD have the highest risk of developing lymphoma, leukemia, small bowel and colorectal cancers, and skin cancer.1-3 Although not as common, there has also been data showing an increased risk of liver, pancreatic, kidney, and testicular cancers in patients with CD as well.2 Study of this association is often difficult secondary to the varying patient populations and is also made more challenging because of the patients’ medication history.

Patients with CD taking medications such as 6-mercaptopurine (6-MP) and azathioprine (AZA) also have increased risk of lymphomas, nonmelanoma skin cancer, and hepatosplenic T-cell lymphoma.1 Tumor necrosis factor-alpha (TNF-α) blockers represent a newer class of medications used to treat CD that have a different pharmacologic profile than 6-MP and AZA, but which are still considered immunosuppressants. Infliximab is one such TNF-α agent that carries a black box warning for malignancy—particularly for lymphoma and hepatosplenic T-cell lymphoma—in patients with prior or current AZA or 6-MP use.4 Much of the data evaluating the risk of malignancy in patients with CD using TNF-α agents are still in development because many of these medications are still considered relatively new.

Lichtenstein and colleagues recently conducted a study aimed at clarifying the malignancy risk associated with using TNF-α agents in patients with CD.1 This study evaluated patients with CD who were being treated with infliximab alone, immunosuppressive therapy (AZA, 6-MP, methotrexate) alone, and those patients receiving both categories of medications. The only risk factors that were found to be associated with increased risk of malignancy included duration of CD, smoking status, and baseline age at diagnosis. This study did not identify a statistically significant increased risk of malignancy in patients taking infliximab. Immunosuppressive therapy with or without infliximab had a trend toward greater risk of malignancy compared with infliximab alone; however, this association was not statistically significant.

Although there appears to be a link between CD and an increased risk of malignancy, additional data and studies are needed to further clarify this association. 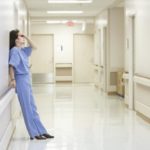