This weekly series highlights eponyms in oncology. This week, we explore the history and namesake of Trousseau’s sign of malignancy.

Gastric, pancreatic, prostate, colon, and pulmonary adenocarcinomas are the most frequent eventual diagnoses. Clots may be in typical locations, like the lower extremities, but also in uncommon areas such as the upper extremities, neck, or abdominal blood vessels.

Classically, Trousseau’s sign of malignancy referred to thrombophlebitis that resulted in discovery of an occult malignancy, especially pancreatic adenocarcinoma. Over time, the term evolved to include a variety of conditions related to cancer-associated hypercoagulability, most commonly including occult malignancies that present with uncomplicated lower-extremity deep vein thrombosis.2

The namesake of Trousseau’s sign of malignancy is Armand Trousseau, MD.1 Dr Trousseau was born in Tours, France, in 1801 and completed his medical education in Paris in 1825. He was appointed a physician at St. Antoine Hospital in 1839 and later at the Hotel Dieu.

Dr Trousseau was known to be an observant clinician and prolific writer. He is believed to be the first physician to perform a tracheotomy (in 1831) and provided the first description of hemochromatosis (in 1865). He also described the types of epilepsy, gait disturbances in Parkinson’s disease, and Trousseau’s sign for latent tetany.

In 1865, Dr Trousseau delivered a series of lectures describing the phenomenon of cancer-associated thrombosis that would one day bear his name. He described the association of “painful white inflammation” and spontaneous coagulation in patients with thrombosis and advanced tuberculosis as well as uterine and visceral cancer.

Dr Trousseau eventually diagnosed the condition in himself and passed away of gastric cancer 2 years later, in 1867. 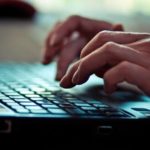