Proton pump inhibitors (PPIs) and H2-receptor blockers (H2RBs) are among the most commonly prescribed medications in the inpatient and outpatient setting; however, the efficacy and safety profiles of both medications have consequently led to their overuse. The exact rate of inappropriate use varies between studies, but has been found to be as high as in 90%.1 The excessive use of PPIs and H2RBs has potential implications for all patients, especially those with cancer. Regardless of the cancer type, patients often experience gastrointestinal (GI) symptoms, especially when receiving chemotherapy. Many of these patients will be prescribed PPIs or H2RBs without their doctor checking for potential drug-drug interactions (DDIs). Erlotinib is a commonly used chemotherapeutic agent that has significant DDIs when used with both PPIs and H2RBs.

Erlotinib is indicated for use in patients with metastatic non-small cell lung cancer (NSCLC) with epidermal growth factor receptor (EGFR) mutations and for pancreatic cancer.2 GI side effects represent some of the most common adverse reactions in patients taking erlotinib and include diarrhea (20% to 62%), nausea (23% to 33%), vomiting (13% to 23%), and abdominal pain (3% to 11%).2 PPIs or H2RBs are not formally indicated for any of these GI symptoms, but they may be inappropriately initiated during inpatient admissions or outpatient visits. It is extremely important to review a patient’s medication list prior to initiating erlotinib, since many patients may have already been started on PPIs or H2RBs prior to erlotinib initiation. GI perforation represents a much less common adverse event, which occurred in only 0.2% of patients in the erlotinib lung cancer trials (0.1% in control arm) and 0.4% in the pancreatic cancer trials (0% in control arm).2 Patients who developed GI perforation while on erlotinib were more likely to be on nonsteroidal anti-inflammatory drugs or have a history of peptic ulcer disease, both of which may be why patients are receiving concurrent PPIs or H2RBs.

According to the prescribing information, it is recommended to take erlotinib on an empty stomach. Erlotinib requires a relatively acidic gastric pH in order to be absorbed, therefore medications such as PPIs and H2RBs can reduce systemic exposure to erlotinib. The clinical pharmacology studies evaluating these DDIs have shown a reduction in erlotinib exposure as measured by area under the curve between 33% (with ranitidine) and 46% (with omeprazole). Since PPIs are relatively long-acting, spacing of these agents several hours after erlotinib administration will not make a significant difference. Therefore, the prescribing information advises against the concomitant use of PPIs and erlotinib. H2RBs are also advised against; however, the prescribing information recommends that, if used, erlotinib must be taken 10 hours after the H2RB and at least 2 hours before the next H2RB dose. There are no formal studies evaluating the use of antacids and erlotinib, but if they are used, they should be administered at least several hours apart.

The concomitant use of PPIs and H2RBs in patients receiving erlotinib represents a challenging clinical scenario. The excessive and inappropriate use of both of these medication groups should be limited and thorough medication reviews should be completed before starting or continuing erlotinib. 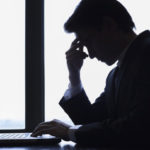 Employee Productivity Improves When Patients With Cancer Are Fully Supported