Young adult cancer survivors who turn to crowdfunding to pay their medical bills have mixed feelings about it, according to a study published in the Journal of Cancer Survivorship.1

Medical crowdfunding is now commonplace in the United States, with 1 in 5 Americans having contributed to such a campaign, according to the study authors.

GoFundMe is the most frequently used crowdfunding site for individual fund raising.2 It hosts campaigns that patients or their loved ones create to help defray medical treatment costs.

In the context of cancer, crowdfunding platforms utilize appeals on social media and other types of communication to raise funds from many people to help cancer survivors with their medical and living expenses. Successful crowdfunding can offset inadequate health insurance coverage.

People who read appeals for help with housing and food or illness-related expenses, such as medication and survivorship care, respond to the needs of the survivors they read about.

For young adult cancer survivors, the alternative to medical crowdfunding often is going without or cutting back on medical care or items essential to daily living. This can have a devastating effect on the survivor, although how much of an effect is not known because studies assessing crowdfunding are rare.

Young adults, those aged 21 to 39 years, are an often neglected group in terms of survivorship studies. Therefore, researchers sought to focus on this population to better understand their perceptions of and experiences with medical crowdfunding.1

The researchers surveyed 113 cancer survivors who had received grants from an organization that offers financial assistance. Of this group, 46 survivors (40.7%) had a history of initiating a crowdfunding campaign and/or receiving funds from one.

The results showed that socioeconomic status was a barrier to receiving funds. Patients from higher socioeconomic areas were more successful than those from disadvantaged locations, even though the latter are more likely to pursue crowdfunding.

When asked what they thought helped them in their efforts and what barriers they encountered, more than half of participants thought their age and socioeconomic status played a role. Race had an effect as well.

“I live and work in a wealthy, primarily White area. I believe this is why I raised so much money,” commented one study participant.

Although that seems paradoxical to the need for money, other participants had similar replies. One commented that crowdfunding works best for those with connections to wealthier communities, while another explained that most of her peers and relatives do not have enough disposable income to contribute. Other participants noted that they simply do not have enough presence on social media for crowdfunding to be effective.

A number of participants said their friends or others set up the accounts for them. Although the funds were helpful, participants felt uncomfortable that their diagnosis and medical information was so visible on the Internet.

Other survivors realized that raising money for their illness would be just like their cancer: a long-term process. They regretted having to continue asking for funding as time went on. Some patients felt an element of shame in having to ask for money to cover their medical expenses.

“We found pursuit of financial assistance to be a compromise — between vulnerability, privacy, and financial support,” the researchers concluded. They added that this study’s findings highlight the need to improve financial interventions without worsening health disparities. 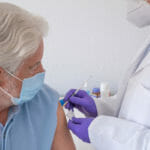