“It’s really a demonstration of a new and upcoming technology,” senior author David Weiner, PhD, executive vice president and director of the Vaccine & Immunotherapy Center at The Wistar Institute, Philadelphia, Pennsylvania, told Cancer Therapy Advisor. “A very short time ago, most people did not think this kind of technology could produce a protein of value inside a living animal like this.”

To demonstrate the utility of the DMAb platform, researchers from The Wistar Institute and Inovio Pharmaceuticals engineered DNA-encoded plasmids to generate antibodies against immune checkpoint inhibitor CTLA-4. The DMAbs were injected into the muscle of mice and in vivo electroporation was used to facilitate delivery of the plasmid to the target muscle cells.

In mouse models, a single intramuscular injection of DMAbs resulted in high serum levels of antibodies to CTLA-4 and also, tumor regression. DMAbs were engineered to express checkpoint inhibitors ipilimumab (ipi-DMab) and tremelimumab (treme-DMab), and both antibodies were expressed at high levels in mouse models. Ipilimumab reached a peak level of approximately 85 mg/mL and tremelimumab reached a peak level of approximately 58 mg/mL. Both antibodies had prolonged expression that lasted for more than 1 year at 15 mg/mL. In addition, an in vitro functional T-cell activation assay showed that the DMAbs for ipilimumab and tremelimumab each produced functional antibodies that could induce T-cell activation. 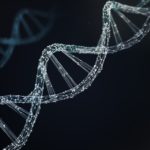 Preexisting Immunity to CRISPR-Cas9: A Problem for Gene Editing in Cancer?