So what’s the solution? Television producers and writers aren’t likely to change their storylines and practices any time soon — they’re in the business of turning up the drama. That leaves it to clinicians to be proactive about identifying and correcting misconceptions developed from television shows. The best step physicians can take is simply to ask patients about any health beliefs they have based on television, religion, or cultural beliefs. “Once you know where they are coming from you can better address the issue,” Dr Krugman said.

In some areas, such as palliative care, this kind of proactive discussion may be particularly beneficial to patients. “As a palliative care physician, families deal with the unrealities of life extension,” tweeted Paul Rousseau, MD, from Wake Forest School of Medicine in Winston-Salem, North Carolina. “Granted, we can prolong ‘life’ in the [intensive care unit], if you want to call that life, but families deal with an inability to understand why their loved one can’t recuperate and live longer like on TV.”

Rebecca Melvin, EMT-P, a trauma education coordinator for TraumaOne Flight Services at the University of Florida Health Jacksonville, agreed. “TV portrays dying in either a rather dramatic manner or quietly falling asleep. This creates confusion when a family is confronted with a loved one who is going through the dying process and doesn’t fit the ‘TV’ narrative.”

Even “reality” shows can warp how people think about a disease or recovery process and require proactive reeducation. “The Biggest Loser grotesquely embodied everything wrong with modern-day diet culture, and then served it up to tens of millions of viewers worldwide, and in so doing, perpetuated incredibly negative stereotypes about people with obesity,” Yoni Freedhoff, MD, an obesity physician and associate professor of family medicine at the University of Ottawa, told Medical Bag. “It taught the world that scales measure more than just gravity, that they measure health, happiness, success, effort, and self-worth. It taught people to believe that intense, vomit-inducing exercise was the key ingredient to weight management, and it taught people that those who ‘fail’ do so because they just didn’t want it badly enough.”

As founder and medical director of the nonsurgical Bariatric Medical Institute, Dr Freedhoff spends a lot of time in his office and online6 correcting misconceptions of people who embark on behavioral intervention programs for weight loss, including how long the process can take and what realistic goals are.

“It also led viewers to believe that incredibly rapid and extreme weight loss was safe and achievable, which, in turn, set them up for disappointment, despite at times incredible improvements to their health and quality of life, but with subtotal weight loss,” he said. “Intellectually, it’s not difficult for patients to embrace the notion that their best weight, the term we coined and use, is whatever weight they reach when they’re living the healthiest life that they actually enjoy. Emotionally, however, it’s at times difficult for them to let go of Biggest Loser-style expectations.”

Clinicians have enough on their plates without correcting misconceptions about television, yet not considering this misbeliefs and proactively addressing them can lead to more pain down the line. “I think you just have to describe the reality and ask if they have any questions or misconceptions,” Dr Krugman said. 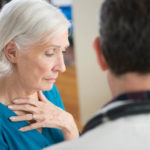