(HealthDay News) — The U.S. Department of Health & Human Services (HHS) has already met and exceeded its goal for 50% of physician offices and 80% of eligible hospitals to have electronic health records (EHRs) by the end of 2013, according to a report published by the department.

Use of EHRs has increased dramatically since the Obama administration started encouraging their use, with more than half of U.S. doctors and other eligible providers having received Medicare and Medicaid incentive payments for adoption or meaningful use of EHRs, compared with 17% of physicians using an EHR system in 2008. More than 80% of hospitals have adopted EHRs to date, compared with 9% in 2008.

Doctors, hospitals, and other eligible providers that adopt and meaningfully use EHRs receive incentive payments through Medicare and Medicaid EHR Incentive Programs. As of the end of April 2013, more than 291,000 eligible professionals and more than 3,800 eligible hospitals had received these payments.

“We have reached a tipping point in adoption of electronic health records,” Kathleen Sebelius, U.S. Health and Human Services Secretary, said in a statement. “More than half of eligible professionals and 80% of eligible hospitals have adopted these systems, which are critical to modernizing our health care system. Health information technology helps providers better coordinate care, which can improve patients’ health and save money at the same time.” 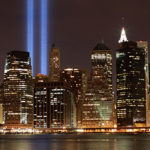