In a recent analysis, hospital readmissions among patients with cancer were often a result of patient perceptions that outpatient clinics and the home setting were inadequate for managing the condition that lead to their readmission. The analysis was published in JCO Oncology Practice.

The analysis consisted of interviews of 13 patients with cancer conducted during a second hospital admission within the Thomas Jefferson University Hospital system, which is based in Philadelphia, Pennsylvania. Interviews centered on patient perceptions and the events preceding readmission. Patients were allowed to be joined by family members during the interviews.

Patient readmissions occurred at a median of 7 days (range, 2-27) following an initial hospital admission. The mean patient age was 61 years (range, 39-78). Most patients had insurance, including 7 patients who had Medicaid coverage, 5 who had Medicare coverage, and 1 who had private insurance. Nine patients reported feeling ready to be discharged from their initial hospital visits.

The study authors reported that patients associated hospitals with safety, particularly in the context of serious symptoms. Gastrointestinal symptoms were among the most prevalent reasons for hospital readmission. Participants felt unprepared to manage distressing symptoms at home, and many expressed a concern about being a possible burden to others. Fewer than half (5) of the patients were directed to return to the hospital by an outpatient care team.

The study authors suggested that patients prefer to not be readmitted, but also that patients require attention when ill. “Building stronger bonds between care teams and patients, providing care in the community rather than in the hospital, and empowering patients and families to make decisions that will keep care at home will be the key to reducing readmissions,” concluded the study authors in their report. 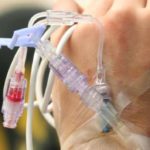