But hardest hit — by far — was Puerto Rico.

“The island is totally devastated,” Fernando Cabanillas, MD, medical director of the cancer center at Auxilio Mutuo Hospital in San Juan, told Cancer Therapy Advisor. “If you were not aware that a category 5 hurricane had crossed through the island, you would easily think a nuclear bomb had been dropped.”

Without functioning cell towers in much of the island, furthermore, cancer centers and patients are unable to communicate.

“We don’t have a way of telling how many patients will show up for their appointments,” Dr Cabanillas noted. “Some drop in without an appointment while others never show up at all.”

Before Hurricane Maria, approximately 600 patients a day were treated for cancer in Puerto Rico. Since the storm, more than 90% of patients have missed treatments or seen treatment delays.

Chemotherapy drugs at other clinics among at least 75 facilities that offer cancer care on the island have been lost because of power and refrigeration failures, he added. Some cancer centers have not received replacement drug deliveries.

“Radiotherapy cannot run off generators — they don’t provide the flat, continuous power needed,” Dr Diaz said. “Operating rooms are not usable because of flooding and damage — they’re not suitable, don’t meet the criteria for performing surgeries.”

“Everybody is struggling just to get clean water,” Dr Diaz said. 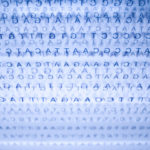