Baseline circulating tumor DNA (ctDNA) levels were associated with prognosis with pembrolizumab treatment among patients with different types of advanced solid tumors, according to results from a study published in Nature Cancer. The study is a collaboration between Natera and the Princess Margaret Cancer Centre in Toronto.

“Proof-of-principle studies suggest that ctDNA quantification and on-treatment changes could assist in prognostication and response monitoring,” the authors wrote. “But, the robustness of these findings have been limited by small cohort sizes, heterogenous treatment regimens, and variable ctDNA detection methodologies.”

ctDNA was detected to 0.004% and 0.07 mean tumor molecules per mL of plasma. ctDNA level varied between the tumor cohorts, with patients with TNBC harboring the highest levels and patients with melanoma demonstrating the lowest levels. Target tumor size was not associated with baseline ctDNA levels.

Changes in ctDNA level during pembrolizumab treatment was also predictive of benefit. ctDNA levels at the beginning of cycle 3 decreased from baseline in 45% of patients. A decrease from baseline ctDNA was significantly associated with an objective response, as 42% with a negative change achieved an objective response compared with 2% of patients who experienced an increase in their ctDNA levels (OR, 28.74; 95% CI, 3.51-253.04). A negative change in ctDNA from baseline was also associated with prolonged OS (HR, 0.36; 95% CI, 0.18-0.71) and PFS (HR, 0.33; 95% CI, 0.19-0.58).

Throughout treatment with pembrolizumab, any increase above ctDNA baseline levels was associated with rapid disease progression and poor survival. Detectable ctDNA levels below baseline were associated with mixed responses. “If, however, ctDNA cleared during treatment, superior clinical outcomes were observed,” the authors wrote. This occurred in 12 patients who demonstrated objective responses, with 100% OS during a median follow-up of 25.4 months (range, 10.8-29.5 months).

Baseline ctDNA and change in ctDNA were weakly associated with PD-L1 expression. There was no association with tumor mutational burden or high levels of microsatellite instability.

The authors concluded that “the findings from this prospective study suggest broad clinical utility for ctDNA-based surveillance in immune checkpoint blockade-treated patients.”

Editor’s note: This article was updated on 8/13/20 to clarify how median OS was reported. 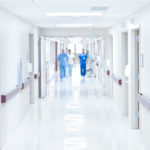