The theory that the immune system is intimately involved in controlling cancer and, in some cases, promoting the development of cancer is not something new. More than a century ago Dr William Coley, now known as the father of cancer immunotherapy, was successfully treating and sometimes curing patients with advanced cancer with a mixture of killed bacteria called Coley’s toxins or fluid.

Coley was a distinguished surgeon in New York and became director of what was then called the Hospital for the Ruptured and Crippled, later named the Hospital for Special Surgery; he was also on the board of trustees at Memorial Hospital, where he and his colleagues carried out their work.

Physicians throughout the world used Coley’s toxins with positive outcomes described in reports and communications including William and Charles Mayo, founders of the famed Mayo Clinic. Coley’s most prominent critic was the director of Memorial Hospital, Dr James Ewing. Dr Ewing zealously believed in the benefits of radiation therapy, which were seen as a panacea to treat and sometimes cure cancer.

Ewing felt that these competing approaches were mutually exclusive and should have no place together. Coley, on the other hand, embraced using radiation and immunotherapy together, which he did in selected cases, but was unable to persuade Ewing to change his mind. William Coley’s work was consigned to the rubbish heap of failed cancer therapies, to the point of not only being ignored after his death in 1936, but to be derided by the American Cancer Society in 1965, which contended that Coley’s work was nothing more than quackery.1-4

Coley was eventually vindicated through the efforts of his daughter, Helen Coley Nauts, who founded the New York–based Cancer Research Institute (CRI) in 1953. Dr Coley left behind thousands of documents, which she used to assemble compelling evidence of the benefits of Coley’s toxins, though her analysis was not considered satisfactory by many leading experts.

RELATED: Immunotherapy and the Future of Prostate Cancer Treatment

Nauts then learned of Lloyd J. Old, MD of Memorial Sloan Kettering, where he started his career in 1958. Dr Old became medical and scientific director of the CRI and, in the 1970’s, was able to reverse the American Cancer Society edict against Coley, popularizing Coley in Scientific American articles and even publishing a paper in 2012 on a phase 1 clinical trial using Coley’s toxins.5-7 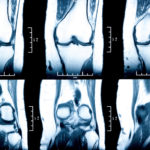