Is Improved Transparency the Answer?

The US Centers for Medicare & Medicaid Services Open Payments database (which implements the disclosure requirements of the Sunshine Act) is one particularly valuable transparency mechanism because it allows analysis of relationships between industry payments and recipients’ clinical decisions, Dr Mintzes said.

Even something as ostensibly innocuous as drug companies picking up meal tabs might change physicians’ prescribing patterns, suggest findings from a recent analysis of Sunshine Act data that examined prescriptions for statins, β-blockers, angiotensin-converting enzyme inhibitors and angiotensin-receptor blockers (ACE inhibitors and ARBs), and selective serotonin and serotonin-norepinephrine reuptake inhibitors (SSRIs and SNRIs).5

While the study could not establish cause and effect, industry-paid meals — even those for less than $20 — had a discernible effect on brand-name drug prescribing, the authors found.

The association was stronger for more expensive “wining and dining,” Dr Mintzes noted. “This relationship held in all 4 drug classes they examined.”

In one recent study, data revealed that most (79.5%) of 634 US hematologist-oncologists who use the Twitter social media platform, including those who “tweet” most actively, receive industry payments — raising questions about disclosure norms for physicians and other opinion leaders on social media.3

It is unclear, however, whether pharma transparency regulations will be strengthened or weakened under the Trump administration. One of the first laws signed by President Trump repealed transparency regulation that required oil company to disclose payments made to foreign governments. But he has also voiced anger over drug price increases. Tom Price, the new secretary of the U.S. Department of Health and Human Services, made controversial investments in the stock of health care companies that stood to benefit from legislation he supported as a member of Congress.8

Yet even if the Trump administration does strengthen disclosure rules for industry, transparency alone won’t solve the conflicts of interest that can flow from manufacturers’ payments.

“Transparency is important and necessary, but not sufficient to solve the problems of research bias or of a bias in patient advocacy,” Dr Mintzes explained. “But there are also solutions needed to limit these financial relationships.”

“Eighty-four US medical faculties now ban their faculty members from speaking for industry,” she noted. “Essentially a clinician or researcher who is a paid speaker for a company might as well be considered to be part of their marketing department. Forty medical faculties prohibit faculties from having consulting and advisory engagement with industry. An example is Stanford, which prohibits both.” 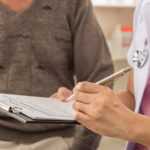