Infrared laser moxibustion may be safe and efficacious for improving cancer-related fatigue, according to a Chinese population study published in Cancer.1

Researchers led by Huijuan Mao, MD, PhD, of the Shanghai University of Traditional Chinese Medicine conducted a randomized, placebo-controlled trial of 61 patients with cancer, each of whom were diagnosed with cancer-related fatigue, to evaluate the preliminary efficacy and safety of 10.6-μm infrared laser moxibustion.

Outcome was change in fatigue as measured by the Chinese version of the Brief Fatigue Inventory between the groups at week 4, with additional evaluation at week 8 for the durability of treatment effects.

RELATED: Minocycline May Improve Treatment-related Fatigue in Patients With NSCLC

Those treated with the laser had significantly less fatigue than those in the non-laser output group. Improvement in fatigue was found to have persisted to week 8, with favorability toward the laser moxibustion group.

The laser moxibustion treatment was found to be safe, with 3 cases of mild local erythema that resolved without medical intervention. 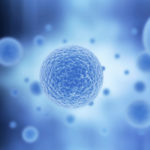