Study researchers showed in mice that intravenous administration of peptide-based vaccines were more efficient at expanding adoptively transferred antigen-specific CTLs than vaccines delivered subcutaneously and even intramuscularly. Furthermore, they demonstrated that expansion of CTLs required a peptide antigen.

In mice with melanomas, adoptive transfer of CTLs followed by vaccination was shown to differ by route of administration. Subcutaneous administration slowed tumor growth, but intravenous administration of the vaccine was more effective, and the difference in antitumor activity was associated with the extent of CTL responses produced in the mice.

“The overall results show that the systemic administration of palmitoylated peptide-based vaccines is essential to recruit, activate, and expand low number of antigen-specific cells and exert maximal antitumor effects,” the study authors wrote. 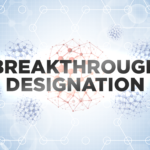