In a rare case of adult Langerhans cell histiocytosis (LCH) in a patient with previously diagnosed idiopathic thrombocytopenic purpura (ITP) in childhood described in the Medical Journal of Malaysia, investigators propose the possibility that LCH may have presented in childhood as isolated thrombocytopenia and was misdiagnosed as ITP because of the initial absence of organ or bone involvement.

LCH is a disorder in which excess immune cells accumulate in the body that rarely affects adults. ITP is a disorder that results in easy or excessive bleeding caused by low platelet count. No previous association between LCH and ITP has been documented.

Months later, she reported amenorrhea. The results of an anterior pituitary hormonal assay confirmed a diagnosis of hypogonadotrophic hypogonadism. The patient also developed bony parietal swellings and multiple cervical lymphadenopathy. The right cervical lymph node was removed and examined, revealing partial effacement by clusters of cells positive for S-100 and CD1a, leading to a diagnosis of LCH.

LCH penetrates the hypothalamic-pituitary axis in up to 50% of patients. This often results in permanent hormonal deficiencies. Cranial diabetes insipidus is often the first indication of endocrine disruption and is reported in 15% to 50% of patients. CDI can occur at any time, including a median 2 years before anterior pituitary hormone deficiencies. In this case, CDI was diagnosed months before the development of cervical lymphadenopathy, and consequently LCH.

Particularly interesting with this case was the diagnosis of ITP 13 years prior. ITP is an autoimmune disorder in which platelet destruction and inhibition of production occur. Although patients with ITP reportedly have a 1.8% 5-year cumulative risk of developing hematologic malignancy, namely non-Hodgkin lymphoma and acute myeloid leukemia, to date an association with LCH has never been reported.

Single-system LCH in children is more commonly seen in bone, skin, lymph node, central nervous system, lungs, and even the thyroid and thumus. ITP may have been diagnosed in this patient because other system or organ involvement, particularly bone, was absent. Furthermore, thrombocytopenia in LCH usually manifests with anemia and hepatosplenomegaly, voiding the diagnosis of ITP.

A diagnosis of LCH in adult with a prior diagnosis of ITP is rare, and the association of these disorders is unknown. Therefore, the investigators suggest that LCH may have manifested as isolated thrombocytopenia in childhood, and the diagnosis of LCH was made when pituitary and bone involvement occurred in adulthood. This study “reemphasizes the need for a high index of suspicion and highlights the challenges in diagnosing LCH at the outset.” 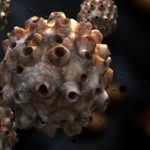