Increased Medicaid reimbursement for physician office visits is associated with a greater likelihood of Medicaid beneficiaries receiving common cancer screening tests, according to a study published in Cancer.

Michael T. Halpern, M.D., Ph.D., from RTI International in Washington, D.C., and colleagues utilized 2007 Medicaid data from 46 states and the District of Columbia to assess associations between state-specific Medicaid reimbursement/eligibility policies and receipt of cancer screening.

“Increased reimbursement for office visits was consistently associated with an increased likelihood of being screened for cancer, and may be an important policy tool for increasing screening among this vulnerable population,” the authors write. 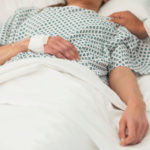 Diarrhea and Patients With Cancer